You are here: Home1 / Rába-Danube-Váh EGTC

Within the framework of the regional action plan for employment called ‘Food industry’, the Rába-Danube-Váh EGTC organised 4 online thematic workshops in the topics of ‘wheat’, ‘wine’, ‘meat’ and ‘vegetable – fruit’. 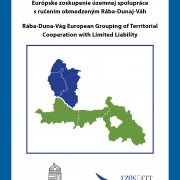 The promotional publication was created with the support of the Ministry of Foreign Affairs and Trade, and its goal was to promote the activities of the RDV EGTC. 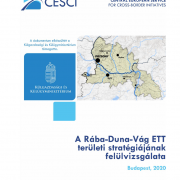 The RDV EGTC had a territorial strategy (The Rába-Danube-Váh EGTC Integrated Territorial Development Strategy), the review is necessary due to the extension of the cooperation’s membership. The amount of members of the RDV EGTC doubled between 2015 and 2019; the regions of Bratislava and Nitra from Slovakia and the region of Pest from Hungary joined the region of Nagyszombat in Slovakia and the region of Komárom-Esztergom in Hungary. As a result, the area of 10617 km2 is now extended to 25407 km2. The RDV EGTC, with an increased territory and population, had to inherently reconsider its development activities. In order to rethink the strategy, the cohesion policy of the new EU-designed cycle starting in 2021, but already under preparation, the European Territorial Cooperation programmes, the needs of every region of the extended membership had to be considered, identifying the cooperation territories that are relevant to the entire territory of now six regions and that can serve the cohesion of the whole territory. The ecotourism destination development, strengthening social relationships and utilizing environmental conditions are important areas for cooperation. Developing a joint route network and related infrastructure, strengthening the cooperation between tourism actors, exchange programmes for students, environmental education focused on the Danube, supporting the processing and tourism demonstartion of local products, spreading good practices and extending the institutional capacities of the EGTC, especially in the fields of internal communication and member coordination, are prioritised regarding the development of cycling and water tourism. 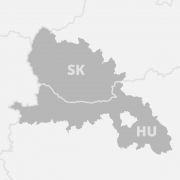